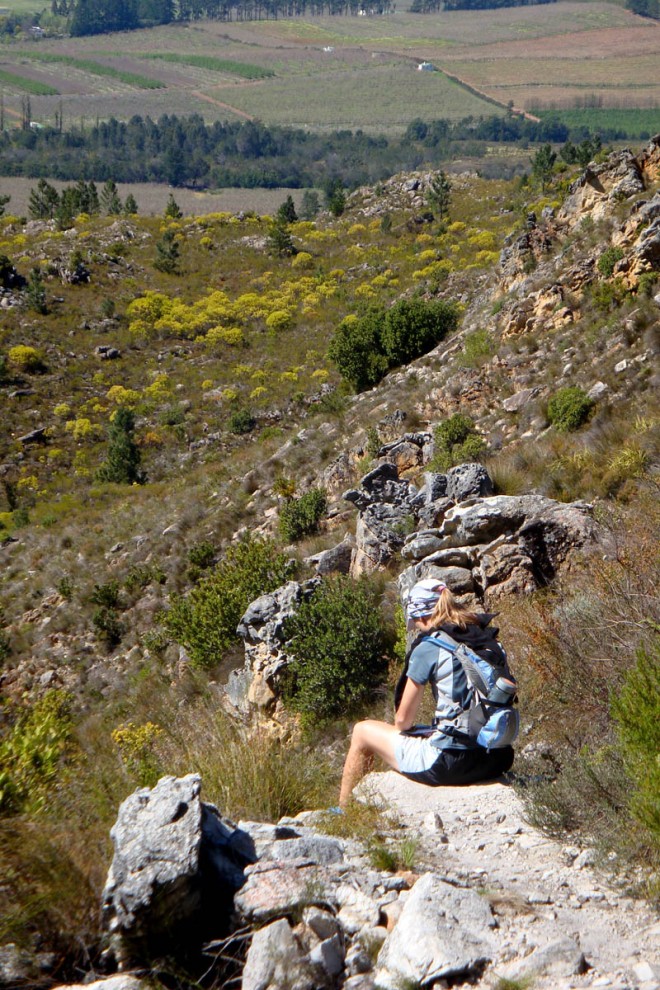 Once, on day four of a five-day event, I was just knackered. Luckily I could pull myself together and still made the cut-off for the day. This pretty much resembles my current state of mind.

Any person doing any form of physical activity is bound to have some form of injury at some point. That’s just the laws of nature. Some people are lucky and hardly ever get injuries or niggles, while others are plagued by problems. It is what it is, and what will be, will be, to quote Allan Karlsson from the Hundred Year Old Man Who Climbed Out The Window And Disappeared, by Jonas Jonasson.

So it came about that I developed a hip niggle. I didn’t give it much thought and it was presumably just another result of my misalignment (curvy spine, fused vertebrae with sacrum, rotating pelvis, leg length discrepancy, etc). It would not be the first time I battle with a niggle and will certainly not be the last.

After significantly cutting back our mileage – not on purpose, it just so happened – I realised one morning that the niggle was still there. Involuntary rest and recovery did not change a thing. So I figured it might be best to make a trip to the physio.

After x-rays, a referral to a specialist, an MRI Arthogram and meeting with said specialist, I now know that apart from all sorts of other skeletal issues, I also have FAI (femoroacetabular impingement), and hip dysplasia. Due to some form of injury or trauma, there’s bone growth on my femur head, hitting the socket wall and presumably causing pain. To grind away the bone growth on the femur head, is an operation costing around $20k. Obviously not the kind of money we have laying around, to spend on a fairly new (experimental?) procedure. Something that might have a preventative effect on an otherwise definite hip replacement later on, but the research is only ten years old and there’s no definitive results yet.

Needless to say, I’m numb. Not sure what to do now. Running might/will probably worsen the problem, but it may well be a problem that’s been there most of my life?

Initially, while going through all the tests and examinations, the pain I was experiencing was for the most part not exactly in line with, or in the right spot for what I’ve been diagnosed with. Which gave me a faint slither of hope that maybe the bone growth and minor damage to the cartilage might not actually be the cause of the pain after all? And that perhaps it is rather chronic inflammation around the ilium crest? The latter diagnosis, of course, courtesy of Dr Google. 🙂 Despite numerous attempts by myself to pinpoint where the pain actually was (around my ilium crest), this was disregarded by at least three medical professionals and my report now state that I have pain in my groin. Which was, at least initially, not the case, but since I haven’t been doing any form of exercise for the past two months, things have gone from bad to worse. So I can emphatically say that I now also have pain in my groin and everywhere else within striking distance of the hip joint. My mobility and pain have gone backwards with leaps and bounds.

The bottom line is that I will just have to live with the fact that this is where I’m at now. Yes, my hip joint is damaged. Is that the sole cause of the pain in various places around my hip area? I’m not sure. What this means in terms of running, I’m also not sure. But I do need to make a decision, one way or the other. And based on what has happened over the last few months, it would seem that I wasn’t worse off running. On the contrary.

So do I run because the cardiologist said it will be good for my heart, or do I not because the orthopaedic surgeon said don’t run for your hip sake. It’s a case of damned if you do and damned if you don’t. Either way, at this very moment I’m in no condition to run anyway.