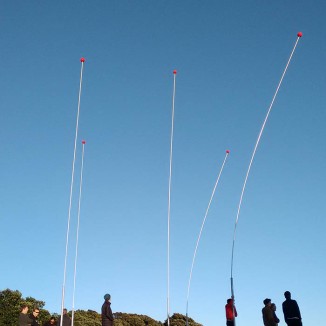 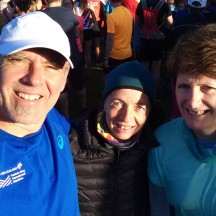 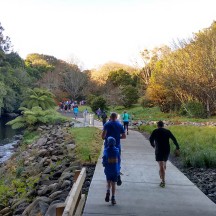 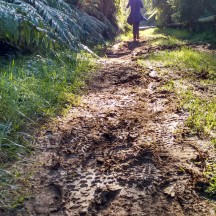 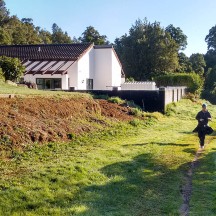 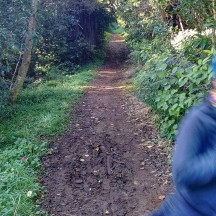 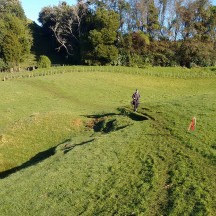 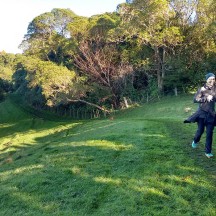 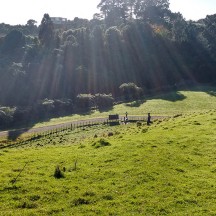 While we were in New Plymouth for the weekend, we figured we might as well participate in another Cut a Trail event. The previous one was most enjoyable and since this one was cheap enough, we thought we’ll give it a go.

As an out-of-towner you can’t pre-enter, meaning you inevitably pay the late entry fee of $15 ($10 for locals if you pre-register at the Frontrunner shop during the course of the week). You also don’t come into account for certain of the spot-prizes if you enter late. But, I guess, these events are small and low-key community events – not really meant for outsiders. That might also explain why there were no water points or toilets. The latter being a bit of a problem when you have x-amount of people queueing for the one public toilet in the area. On the bright side, the banter while waiting in line turned out to be fun. When all the men turned to the bushes (on the East End Reserve, main beach and playground area no less!) one lady casually commented, “it is already full moon, a couple more won’t make a difference”.

Another beautiful day greeted us in the morning, with just a bit of a nip in the air. I decided there and then that we in Palmy most certainly have the most miserable weather in all of New Zealand. Quite sad actually, especially taking into account that Palmerston North had the least amount of sun last summer. So, excuse me for being a bit sad (or make that grumpy) from lack of vitamin D! 😀

The run follows the urban trails around town. We’ve covered most of them on training runs with friends before, but we did see a couple new areas. The first approximately 3km out-and-back stretch on the opposite sides of the Te Henui stream, makes up the loop for the 6km course. But after the first 3kms where the short course runners crossed a bridge to go back down, the longer course carries on to do another 3km loop higher up in the suburbs, twice. A decent hill reduced me to a walk, especially on the second lap. At the highest points on the course, we got lovely views of Mt Taranaki. When we finally hooked up with the second half of the 6km course on the way back, we got treated to another monster hill. But from there, the home stretch is mainly downhill back to the sea.

It took a fair bit longer to complete the course than I had hoped. But, on the bright side, my hip didn’t give any troubles. It might seem that the little bit of mobility and strength exercises are doing the trick. My hip does feel a lot less tight and sore, especially getting up from a sitting position.

Next up? Probably the Norsewood to Takapau half marathon on 9 July. A small, country event, which we’ve enjoyed doing in the past.