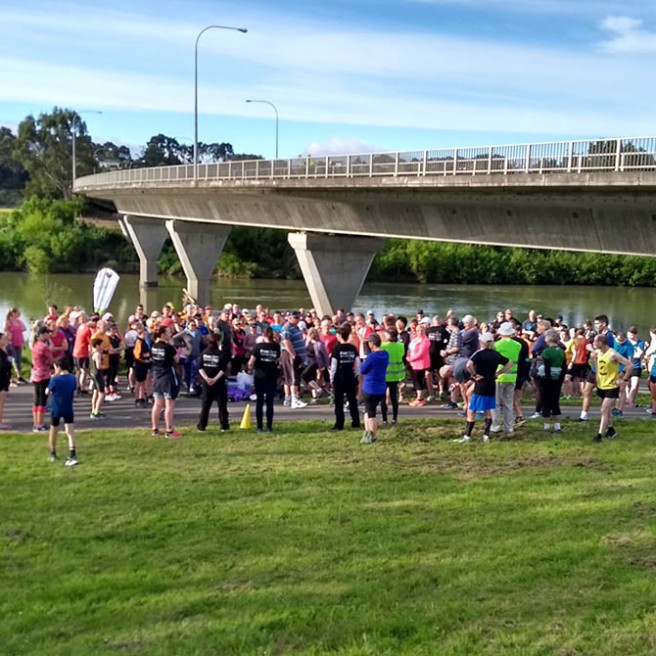 Starting at the Fitzherbert Bridge, participants run/walk upstream for 2.5km, before turning around and running/walking back.

The Bridle Track is the perfect course for this event. 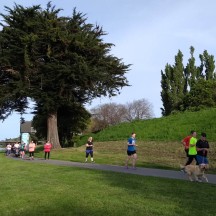 A sunny, warm and windless day for the first one.

A beautiful course next to the river.

The out-and-back course makes for a very social outing. 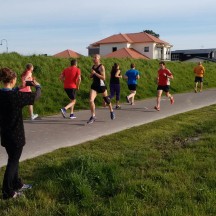 The fast runners zooming past.

The track is still open to the public, but we didn’t see many people around that early.

One of the friendly marshals on the course.

Next up, Feilding Moa’s Marathon, and shorter distances.

As I’ve mentioned before, parkrun has started in 2004 already, and has worldwide been on the scene since 2007. The only other parkrun I’ve done, is the one in Hamilton some two years ago. The stats have changed considerably since then with the amount of locations (more than 1200) nearly double what it was in 2015!

Parkrun really hasn’t been as huge in NZ as it is in some other parts of the world, but we have a far better “awareness” (for lack of a better word) than the United States, for instance. Being a huge proponent of inclusiveness, I am a big supporter of events that encourage old and young, fast and slow. No matter how slow you might think you are going, you are still much faster than Joe Couch.

For the inaugural, Palmy pulled out all the stops with perfect weather. We figured we could not miss the inaugural, so despite Gerry having to work in Whanganui straight after, we managed to fit in the run with some minor tweaks to the day’s schedule. Our little Coolpix camera decided to kick the bucket at the last event (very nearly didn’t have any pics for the Tauranga marathon!), so we opted to use our phones. They are not the nicest to run with, or to use as a camera, but it’s better than nothing.

A great field of 217 turned up to take part in the first Palmerston North running of this great worldwide initiative. The fact that it is free and you have your time recorded, is just incredible. Off course this cannot happen without volunteers, so a huge shout out to Kate, Leanne and your team for putting up a great event. We are fortunate to now also have parkrun in our wee town, so this will likely become a regular feature in our weekly running calendar. 🙂