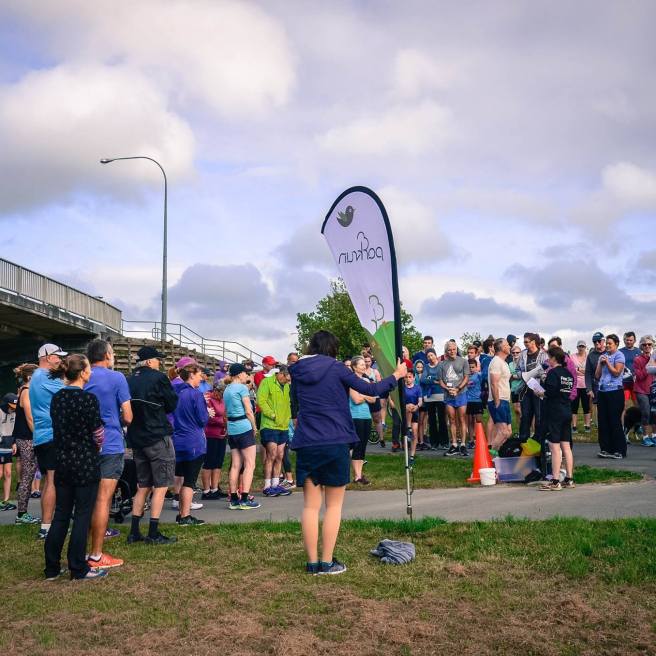 And off we go on the out-and-back course next to the river. (Photo: Richard Berber/parkrun) 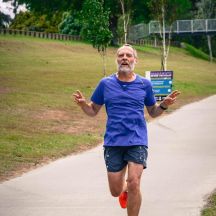 Not far now! Without a watch I had no idea what my time was until the results were email later in the day. (Photo: Richard Berber/parkrun)

When we have a weekend at home, we are like puppies that caught a car. We don’t know what to do with it. It happens so rarely that we were totally off guard when the weekend rolled around.

Luckily, running will always make the top of the list, and as if on autopilot we decided to do parkrun. Gerry opted to use this opportunity to see how fast he can go. He always runs with me which is way below his own capabilities, and would only once in a blue moon attempt a faster run by himself. On the plus side, he has never had any injuries in his life. I am convinced it is because he is always running much slower than what he is capable off.

After a 19km training run/walk the day before, I was feeling tired, lethargic and just generally not at my peak. Convinced that I would not be able to go much faster than what I managed at the Kapiti Coast parkrun (28.36), I still thought I might as well give it a go and see how far off of a 5min/km pace I am. To top it off, it was quite a chilly morning with a fresh headwind for the first half. Luckily that meant the tailwind on the way back would make things feel “easier” for the last push to the finish.

Also not sure how to really push myself, I just trotted along at a comfortable, but faster than normal, pace. Trying to run within myself, and not push myself to the maximum limit, I managed a reasonably comfortable finish two minutes faster than the Kapiti Coast parkrun. There’s hope yet to maybe manage a 25 minute parkrun some day!

I can see now why a lot of runners would use this as a time trial, rather than just a social outing. It is a perfectly measured and timed course. And you have runners of similar capabilities to pace yourself and keep things interesting. 🙂